Samsung releases the latest generation of A series handsets and for now, we will be tackling one of my favorite midranger phones, the new Samsung Galaxy A53 5G. This phone was launched last March 2022 and I’ve been using this for a month. For its physical appearance, it has a large screen, massive battery, set […]

Samsung A53 & Realme 9 Pro Plus – Performance 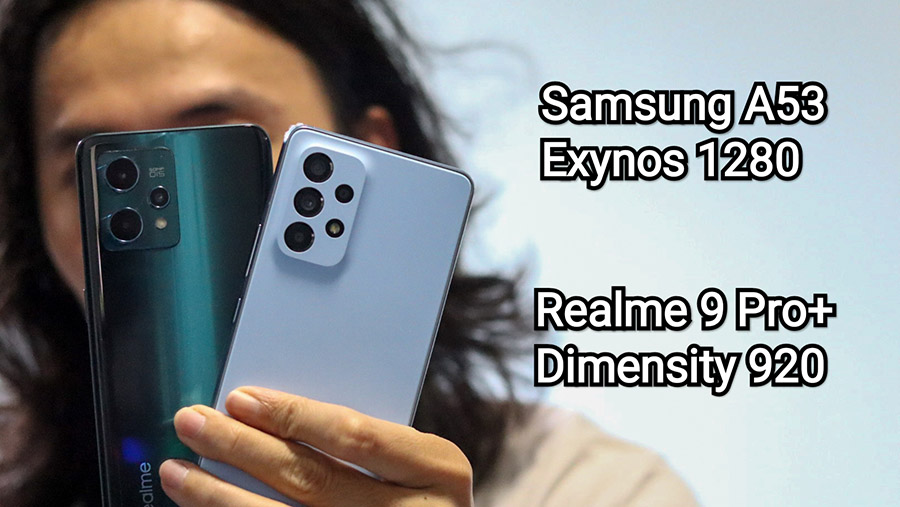 Samsung A53 & Realme 9 Pro Plus – Performance & Overheat Test We compared the A53 and Realme 9 Pro Plus. Both phones produced almost the same results during the test. We tested multiple games such as Subway Surfers, Asphalt 9, Mobile Duty Mobile, Apex Legends, and Genshin Impact. All those games are playable on […]

Samsung Galaxy A53 with the new Exynos The new Samsung Galaxy A53 with the new Exynos. Samsung has just released a new model of the A-series. It has a 120Hz AMOLED screen, FHD, 64MP primary camera with OIS, IP67, and more. The A53 is a midrange phone that features their new Exynos 1280 processor. It has a 6.5” AMOLED display with under-display […]